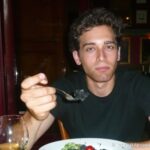 I am disturbed by the conviction of Mark as I find it difficult to believe that a complete forensic examination was conducted before the jury found him guilty by a majority verdict. It was pointed out by the Judge in his summing-up that the evidence was circumstantial, but even so he was convicted and sentenced. A forensic investigation of the site was conducted by a Chartered Engineer and Chartered Geologist in 2017. This examination ought to have been conducted before the trial, but for reasons unknown to me it was not. Given that the site had been excavated by the police when searching for the body and afterwards refilled it was not possible for the expert to be totally certain about the dates when the different levels of concrete were laid. However, his conclusions, which are fully recorded in his report, suggest that the top level of concrete could not have been laid by Mark Alexander. The report raises in my mind a reasonable doubt as to the safety of this conviction.

Now, with new evidence available, we join those asking, “could Mark Alexander have actually been wrongly convicted of the murder of his father?